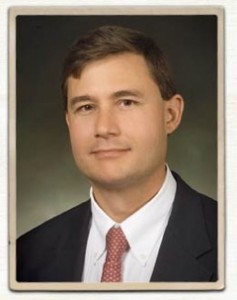 Mr. Natirboff was one of three trial attorneys (led by one of his former law partners) who obtained the highest eminent domain jury verdict in Florida State court history – $67 million – in the case of Jacksonville Port Authority v. Jax Maritime Partners, et al. (2008). Mr. Natirboff has also succeeded in winning multiple inverse condemnation actions in trials against government entities, both as lead counsel and as a trial team member, resulting in over $8 million of compensation for private property owners.

The Law Office of D. Mark Natirboff, P.A., was selected by U.S. News & World Report in their Best Lawyers, Best Law Firms publication in the top category of Best Law Firms (Tier 1) for Eminent Domain and Condemnation Law for 2013, 2014, and 2015. Mr. Natirboff was also selected for inclusion in the publication The Best Lawyers in America for 2014 and 2015 in Eminent Domain and Condemnation Law.

Mr. Natirboff was chosen to be placed in the category of Best Lawyers, for 2013, 2014 and 2015 in the field of Eminent Domain and Condemnation Law, by Jacksonville Magazine.

In addition to having represented hundreds of eminent domain and private property rights’ clients in Florida, Mr. Natirboff is a frequent lecturer and author on eminent domain and private property rights law. Mr. Natirboff co-authored Chapter 17 of the practitioner’s guidebook entitled Florida Eminent Domain Practice And Procedure, the Ninth Edition (2014), the Eighth Edition (2012), and the Seventh Edition (2008), published by the Florida Bar.

● Obtained $10.5 million in compensation for a family that owned land that was only developed with a single-family home. This was the key intersection piece for an outer beltway project. The amount obtained was $2.2 million above the government’s offer to the property owners.

● Obtained $1.88 million in compensation for a partial taking of approximately 5 acres from a 30 acre parent tract of undeveloped land. The amount obtained was over $1 million above the government’s offer to the property owners.

● One of the three trial attorneys (led by one of his former law partners) that obtained the highest eminent domain jury verdict in Florida state court history: $67 million in the case of Jacksonville Port Authority v. Jax Maritime Partners, et al. (2008). The government’s initial offer was approximately $8 million.

● University of Florida College of Law, J. D, with Honors.

● University of Florida, B.A., ranked 6th in his graduating class.

● “Eminent Domain Power in Florida: What the Government Must Do Before the Suit,” Florida Restaurant & Lodging Association Magazine, Sep./Oct. 2007, author.

● Creating an Adaptive Management Plan in the Everglades System, co-author, University of Florida College of Law, Center for Governmental Responsibility, 1997

● Spending time with his wife and children, Bible study, and ocean activities, including boating, fishing, and snorkeling.